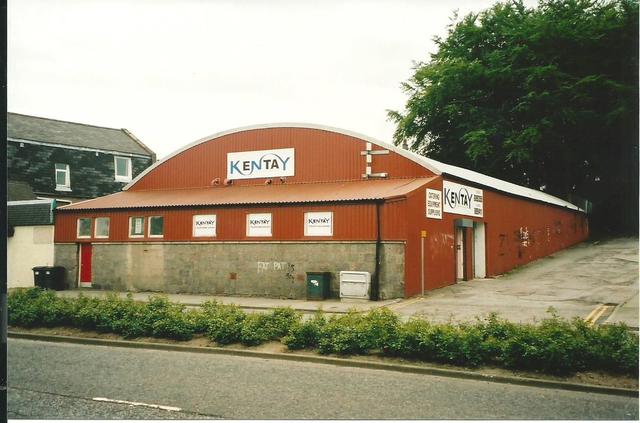 It’s nickname, the ‘Rinkie’, betrayed the building’s origins as a skating rink. It had been built on vacant land often used by fairs and travelling shows. Some of these had been presented by Mr. and Mrs. Leonard Greensmith, and they became the managers when the Electric Company took over the building as a cinema.

Years later, local resident Andrew McKessock recalled that there were ventilation hatches along the walls near the roof. They were easy to access, and youngsters used to open them and pelt the audiences with divots of grass, orange peel and water! Pandemonium broke out as members of the audience broke chairs to get outside to grab the children - while the films continued!

It seems that projection was not exactly top-notch. Mr McKessock also recalled the films breaking down quite frequently, and sometimes the operator mixed up the reels, so no one had any idea what was going on! The projectionist would also pop out to the White Horse bar for a drink, leaving the projector running. As the machine moved, so the picture was all over the place, and someone had to fetch him back to sort it out!

In October 1918 Fred S. Davies (who used “Cruickshank” as his professional surname) took on the lease of the Woodside Electric for £2 10s per week, plus the cost of appropriate renovations.

But the cinema proved to be very cold, and so difficult to heat that audiences could not sit comfortably, and business tailed away. Coupled with other business liabilities, Mr Davies/Cruickshank was unable to continue, and in February 1919 the licence was transferred to Bruce MacKenzie.

By 1923 the lessee was Albert Whittaker. The cinema was still struggling financially, and he was taken to court after selling off some equipment, including a fan and electric motor, to help pay his debts.

The cinema might well have closed by then; it certainly closed at that time. The building became a garage, then, for many years, it was a warehouse for the Hay lemonade company. When I visited, in June 2005, it was home to Kenjay Catering Equipment, which continues to this day (December 2015).