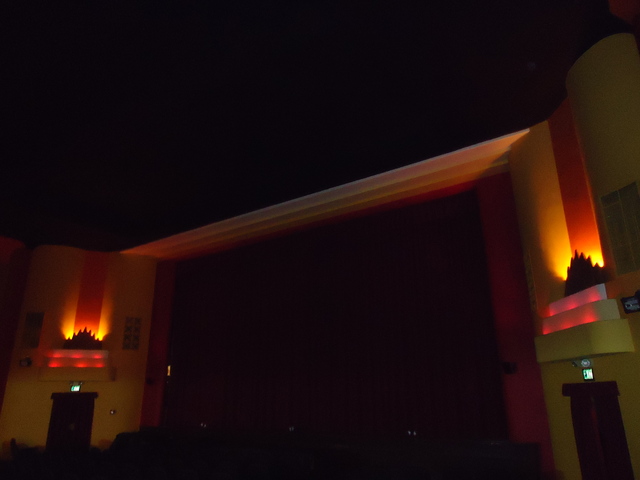 Shown here is the contemporary paint scheme which exists on the streamlined walls dating from the 1930s remodel, in which the proscenium was moved forward a considerable distance into the auditorium, whereas the original screen was mounted on the back wall and framed in ornamental plaster. The floodlit niches once sported murals of stylized goddesses, and there was much Deco scrollwork on other wall surfaces, and etched glass chandeliers once hung from the ceiling, which is now painted black.