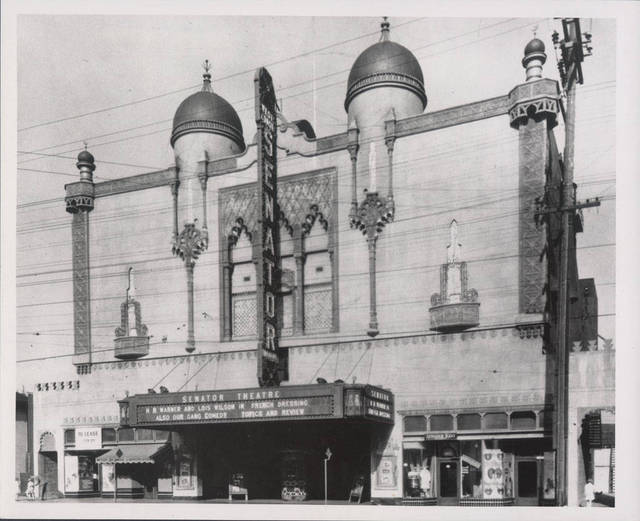 The Senator was opened about 1926 and closed in 1960. It was demolished a few years later for a church.

A correction to (my) earlier post—-the Senator opened on September 28, 1925 and was a Spanish Cathedral style theater. Alexander Aimwell Cantin was the designer. It was demolished in 1961 to make way for the BeBee Memorial C.M.E. Church, which was in need of larger quarters (from a much smaller facility).

The Senator was remodeled by S. Charles Lee in 1936 in an art-moderne style.

The Senator, sometimes called the Fox Senator, was my place to go in those days as it was just a few blocks from where I lived. A very nice, well-kept theater. Good memories there.