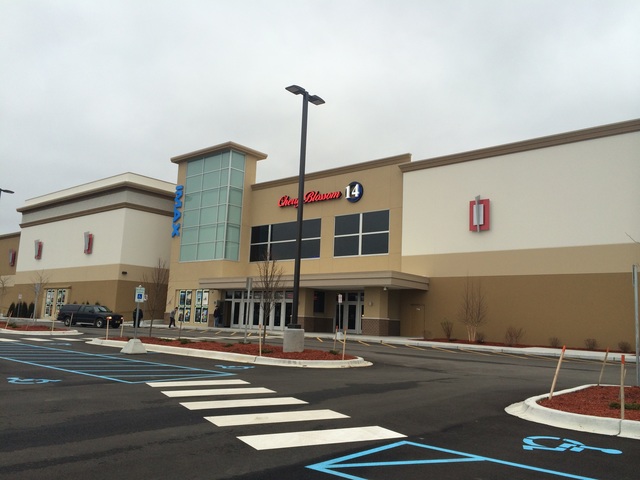 The Cherry Blossom 14 was previewed on December 16, 2015, with a charity benefit for the American Red Cross. 14 recent films, soda, and popcorn were available for $2 each.

According to the Traverse City Record-Eagle, the first December 17, 7pm showing of “Star Wars: The Force Awakens,” on the IMAX screen had already been sold out by December 1. Of the 3,000 seats, the IMAX screen will seat 485 while the smallest auditorium seats 144.

The Cherry Blossom 14, managed by Bob Parsons, is a replacement for the Horizon Cinema 10 and the Grand Traverse 9, which closed in December.

The Cherry Blossom 14 was designed for Carmike Cinemas by the Chattanooga-based firm Artech Design Group (formerly Artech Design Company.) Several photos of the theater can be seen on this page of the firm’s web site.