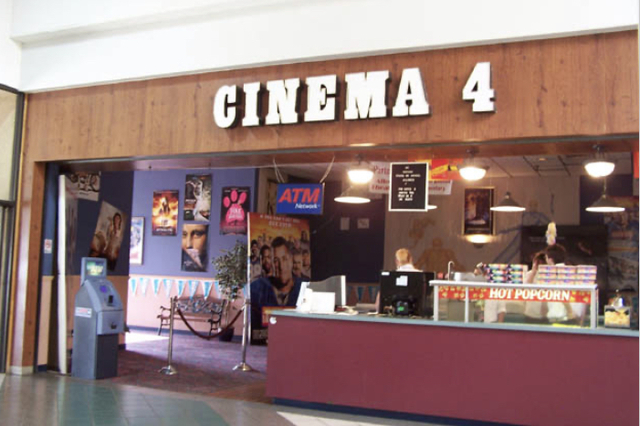 Not yet a brand name, the Cinemark Company opened the 400-seat Cinema 4 at the Roswell Mall on May 18, 1984. In late-1984 the theater was purchased by Commonwealth Theatres who sold it to United Artists Theatres in October 1988.

In August of 1990 it was announced in the Roswell Daily Record that Allen Theatres was buying the theater from United Artists.

The Cinema 4, still operated by Allen Theatres, closed on March 9, 2006, to make way for the Galaxy 8 at the mall.

Grand opening ad posted. It was taken over by Commonwealth by the end of 1984.