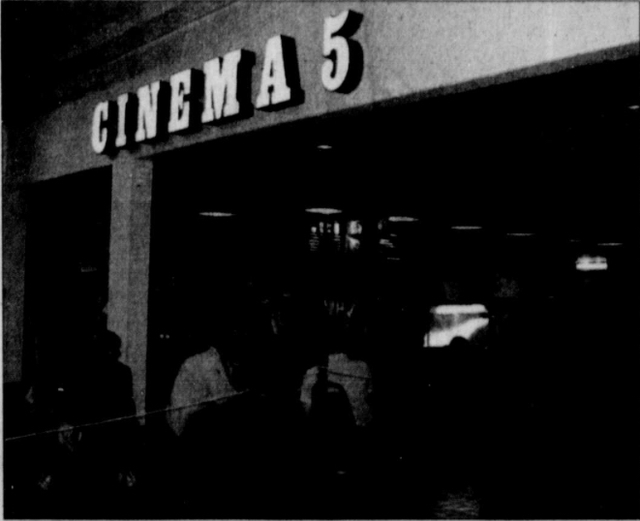 The Cinema 5 opened on December 17, 1982, at the White Sands Mall. The Alamogordo Daily News noted that the cinema was operated by White Sands Cinema of Texas and seating ranged from 300 in the largest auditorium to 70 in the smallest.

A later operator was Cinemark who ran it until February 1985 when Commonwealth Theatres assumed operations. In 1988 Commonwealth sold the cinema to United Artists Theatres and in August of 1990 Allen Theatres completed the musical chairs.