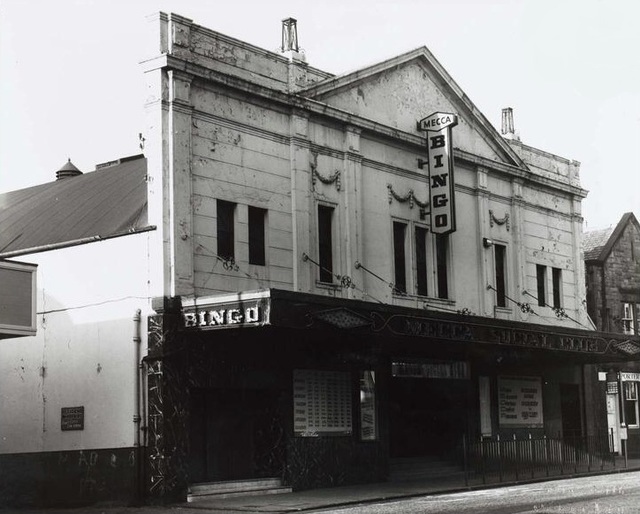 In the city centre in Edinburgh, Scotland, the Coliseum Cinema opened on 14th December 1911 with 1,800 seats. A conversion of a roller skating rink, it was part of a cine-ballroom complex that also incorporated the Palais de Dance. It was owned by Coliseum (Edinburgh) Company Ltd.

It was closed for refurbishment in 1919 and by 1931, according to the Kinematograph Year Book, ownership had transferred to Palais de Dance and Cinemas (Edinburgh 1923) Ltd. The cinema was now known as the New Coliseum Cinema. A Western Electric(WE) sound had been installed.

No seating capacity was provided in that edition. However, the 1940 edition lists 1,200 seats, so the reduction from the original 1,800 capacity could have been part of the 1919 refurbishment.

Despite this, the New Coliseum Cinema closed at the end of 1942.

When I visited, in March 2006, the building was home to Mecca bingo. However, that company had plans to vacate the building, as it was due to be demolished as part of a redevelopment scheme. Mecca bingo did move out, but in June 2015, according to Google Street View, the building was still standing, albeit boarded up and looking very sorry for itself. It was demolished in 2016.