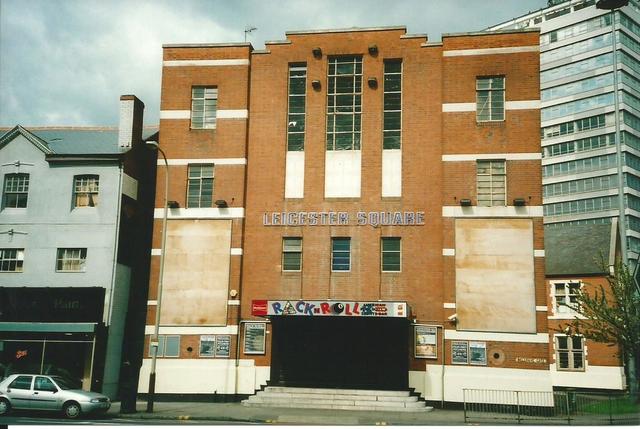 In the 1920’s, the building was purchased by the Leicester Co-operative Society and renamed the Free Trade Hall. Probably around this time, the frontage was rebuilt. By the 1950’s it was known as the Co-operative Hall, and many concerts and amateur dramatic shows were held, including upcoming stars such as Bill Maynard and Larry Grayson. It was also hired out for other uses.

This use ended in the early-1960’s. In 1969 the building was acquired by Paul Nehra, who converted the top two floors into the Sangam Cinema, showing Bollywood films. (This indicates two screens, but that has not been confirmed.)

At first very successful, the introduction of home video had an adverse effect, and the Sangam Cinema closed in 1983.

Mr Nehra converted the building into small hosiery units, offices, a theatre and a dance school.