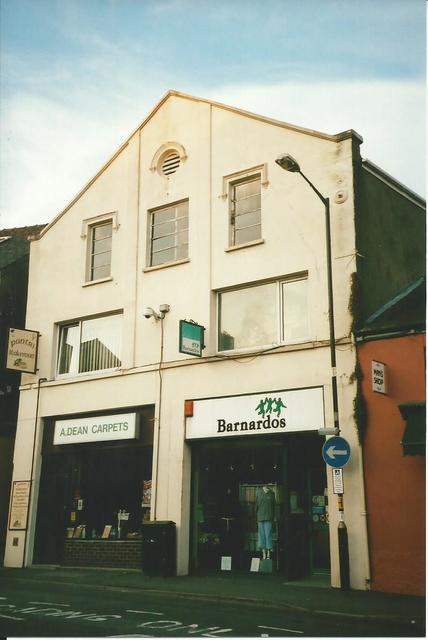 In Carmarthen, in south west Wales. Opened on 1st April 1912 as Vint’s Electric Palace Cinema operated by Leon Vint, it was closed in February 1914. It was taken over by Horace W. Bolton and re-opened as the Empire Cinema in late-February 1914.

By 1920 the proprietor and resident manager was Tom Barger. It was closed in March 1931 to be refurbished and an Imperial sound system was installed. By the 1940 edition the licensee was P. F. J. Bosisto, and “Pictures and Variety” were being advertised.

When I visited, in June 2006, the building was home to a carpet retailer and Barnardos charity shop.