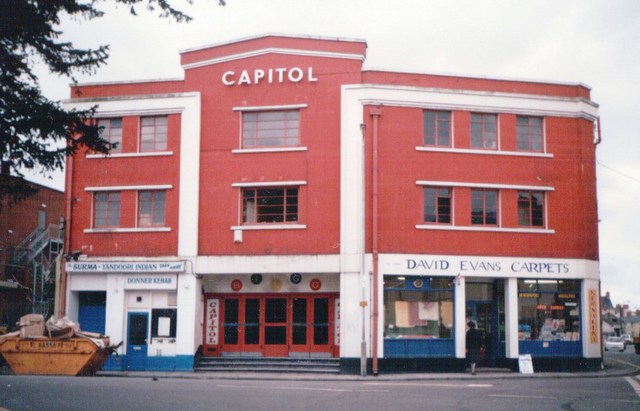 In Carmarthen, in south west Wales. The Capitol Cinema opened in August 1930 with John Boles in “The Desert Song”. It was equipped with a Western Electric(WE) sound system. It was built for and operated by Capitol (Carmarthen) Ltd. and advertised “Pictures and occasional Variety”.

The Capitol Cinema was still open in 1966, but closed in the late-1960’s and became a bingo club. Later it became a snooker club which had closed by 1996. By the time I visited, in June 2006, the building was home to Carmarthen Electronics and, presumably in the former foyer and auditorium, Sartorius Health Club.

Health Club now understood to have closed down.