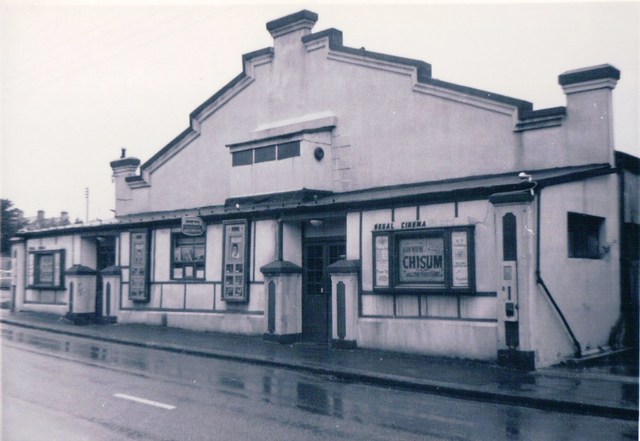 In the town of Torpoint, Cornwall, across the water from Plymouth, the People’s Palace was opened around 1919. At that time, it was owned by Teddy Ives, of Torpoint. There was a 30ft deep stage and also two dressing rooms, indicating a mixture of “Pictures and Variety”.

A reference in 1933 has this cinema by that time named the Gem Cinema, and owned by John William Strutt, also of Torpoint. The Gem Cinema was closed by 1937.

It had reappeared by the 1944 edition of Kinematograph Year Book with 416 seats, by which time it had been renamed the Regal Cinema and was owned by Cornwall Cinemas (Newquay) Ltd. It had a 32ft wide proscenium. By 1953 it was owned by Regal (Torpoint) Ltd.

By the time I visited, in April 2007, the building was home to The Garden Sports and Leisure Club.