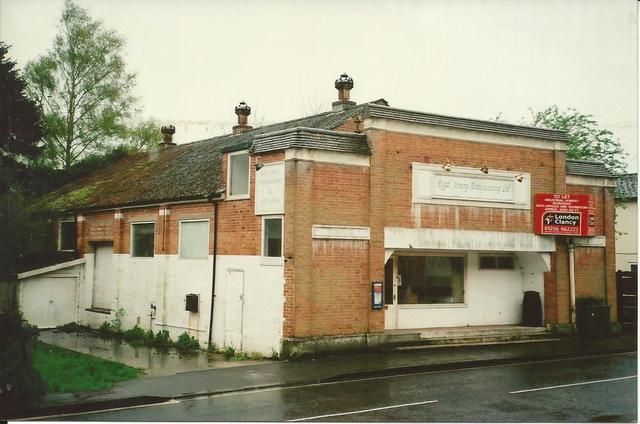 In the Hampshire town of Whitchurch, not far from Andover, the Picture House is believed to have been opened during World War I by Mr R. Gaitskill. He apparently ran it for some time, but little is known about these early years.

By the 1953 edition ownership it had been transferred to Regal (Whitchurch) Ltd., and the cinema had been renamed the Regal Cinema. The proscenium was by now 20ft wide, due to the installation of a CinemaScope screen, and the seating had been reduced to 400.

It is thought that the Regal Cinema closed around 1959.

By the time I visited, in April 2008, the building had been occupied by Regal Joinery Manufacturing Ltd, but was boarded up and for sale.