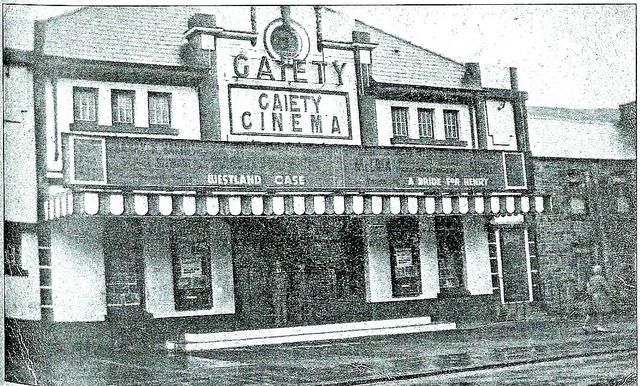 Located in the small south Wales town of Treherbert, in the Rhondda Valley, at the junction of Bute Street and Crichton Street, the Gaiety Cinema is not listed in the 1914 Kinematograph Year Book (KYB), although it was open by October 1914.

By 1931, according to the KYB, it was owned by Treherbet Cinema Syndicate. It had a 15ft deep stage and one dressing room.

The 1940 edition adds that the cinema had 559 seats and the proscenium was 26ft wide.

By the time I visited, in May 2008, the building had been severely reduced in height, with the entire upper level being removed. The cinema frontage had also been removed. A Spar supermarket occupied the ground floor auditorium space.