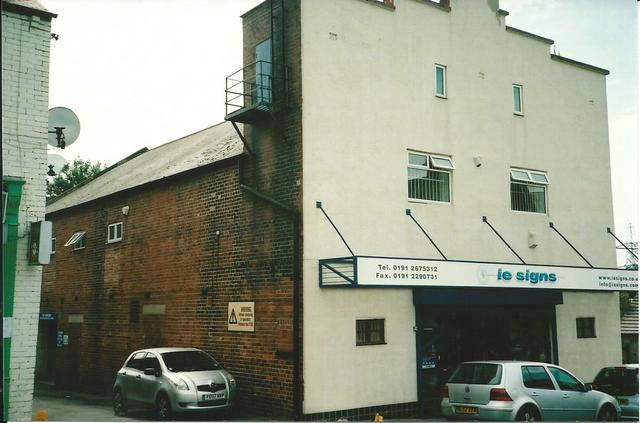 In Newburn to the west of Newcastle upon Tyne, the Imperial Cinema was licenced from 18th October 1911. Seating was initially for 550, but the next owner, William B. Saul, who took over in August 1912, increased this in July 1913 by the addition of a 131-seat gallery and, unusually, the replacement of some of the tip-up stalls seats with forms. This increased the capacity to 750.

In January 1919 Thomas Maughan, of Blaydon, took over.

By 1936 the Imperial Cinema was feeling the pressure from the recently opened Lyric Cinema at Throckley, and it was not regarded as a ‘nice place to go’.

In March 1936 it was acquired by Maurice Cohen, trading as Maurice Cinemas Ltd. The cinema gained a new lease of life, closing in February 1939 for renovation and partial re-building; seating was reduced to 550, presumably in part by the replacement of the stalls forms. A modern front elevation in cement render was added.

In about September 1940 the cinema was damaged by a fire in the screen area. The opportunity was taken to redesign the proscenium in a more contemporary style. The cinema re-opened in December 1940.

The Imperial Cinema closed on 13th May 1961 with “The Naked Maja” starring Ava Gardner. The building went over to bingo, but was later converted into offices.