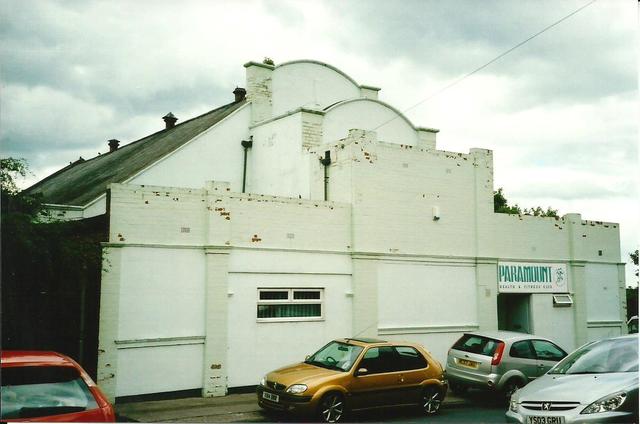 In Bedlington, Northumberland, the Prince of Wales Cinema began as a live theatre in the early-1900’s, later going over to silent films and then talkies.

It was not listed in the 1914 Kinematograph Year Book. The 1927 edition listed the owner as F.L. Hastwell, c/o C. N. Walton, Darlington.

The Prince of Wales Cinema closed in 1963. It became a bingo hall then, in the 1990s, a health club. More recently it has been home to Paramount Health & Fitness.

I passed this obviously ex cinema today (6/9/17) on a bus to Morpeth. It is still the Paramount health and Fitness Club!