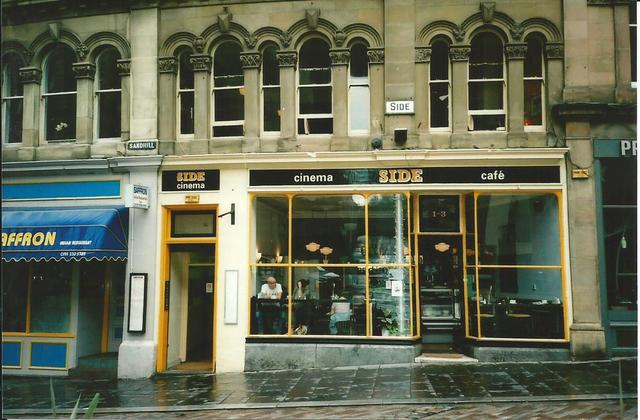 Amber is a film and photography collective, incorporating Amber Films, Side Gallery and Side Cinema.

Amber grew out of a meeting of film students at London’s Regent Street Polytechnic in May 1968. Wanting to work as part of a community with a strong sense of its own identity, and because some members were familiar with Tyneside, the core group moved to Newcastle-upon-Tyne in 1969. The collective has an egalitarian approach to creativity, rooted in the craft skills of its members. It is committed to a long term engagement with working class and marginalised communities in the North of England.

Amber opened the Side Cinema in 1977, its rescued 51 seats including rare double seats.

The Side Cinema was made fully accessible in 2000, and a number of independent groups came together to re-develop the programming between 2003 and 2005 (when one of the groups began work on their own cinema, Star and Shadow).

Side Cinema is currently (January 2016) closed due to the major redevelopment of Side Gallery. It is scheduled to re-open in autumn 2016.