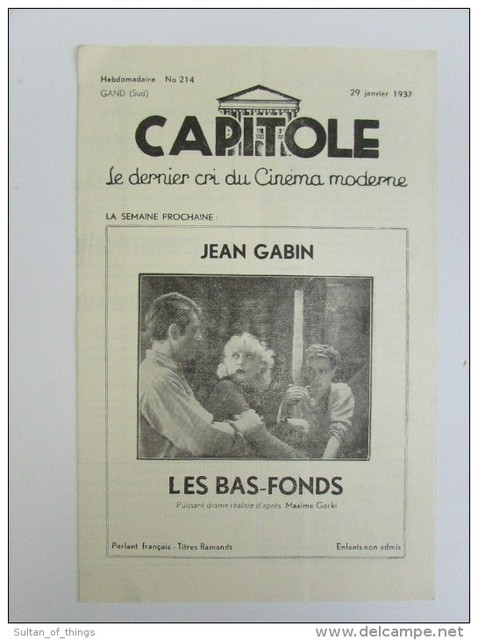 In the historic city centre in Gent, the façade of the former Capitole Cinema, with its triangular pediment and Neo-Classical style colonnade, dates from 1850.

In 1932, behind this façade, Geo Henderick built an architectural masterpiece that, in terms of acoustics and visibility, was close to perfection.

In addition to film shows, live performances consisted of small attractions and large-scale variety, featuring many of the biggest stars of their day.

The Capitole Cinema closed in 1986, and the building stood empty for 14 years, until it was acquired by Geert Allaert.

After refurbishment and modernisation, the Capitole Theatre re-opened on Sunday 28th October 2001 as a performing arts venue, with the premiere of the musical “Camelot”.

The auditorium had been extended, with a larger stage and backstage area. In the years that followed, additional VIP spaces and bars were added. In 2008 a fly tower was built, together with additional rehearsal rooms. In 2009 the stage was renewed and an orchestra pit, below the stage, was installed that can house up to 64 musicians.

The Capitole Theatre has since become a vibrant, modern theatre, with authentic architecture and extraordinary charm, and with a rich programme, ranging from classical to pop and rock music, theatre, cabaret and dance.

This teatre is not used as a cinema, no screen is present, so the designation should be ‘closed’!