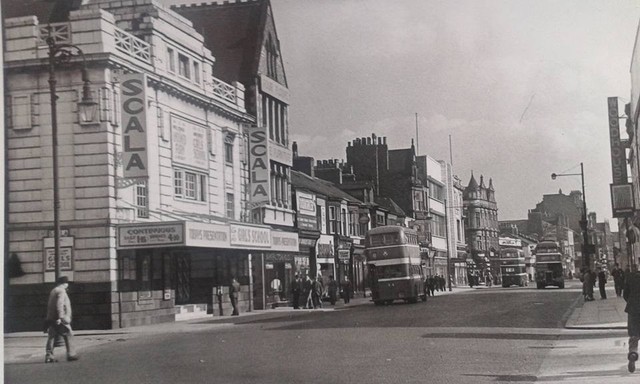 In Middlesbrough, on Teeside, the Scala Cinema was opened by the Levy Circuit of Birmingham headed by Sol Levy, on 17th May 1920, a conversion of a church. It had 800 seats. It was later enlarged to 1,100-seats. The proscenium was 22ft wide.

It was taken over by Associated British Cinemas(ABC) in December 1935 and had been equipped with a British Acoustic(BA) sound system. It was closed on 22nd April 1940.

This opened as the Oak Wine bar and nightclub in 2012.