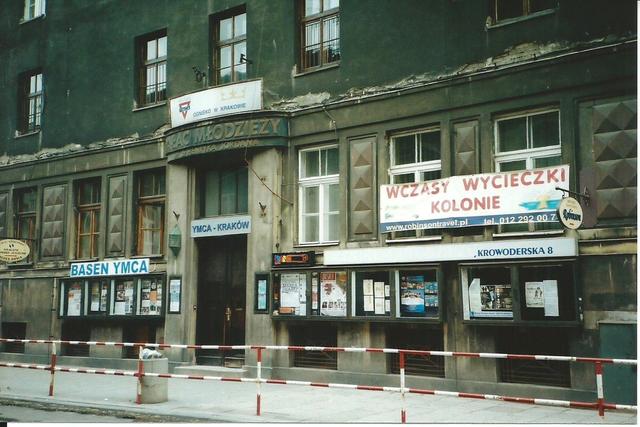 In central Krakow, Poland, the Kino Paradox opened in part of this building in the 1950’s, showing avant garde/art-house films. The rest of the building housed the Dr Henry Jordan Youth Centre. That relocated in June 2009, leading to the closure of the cinema.

The Polish YMCA took over the main building and agreed to let the cinema re-open under new management. On 10th September 2009, the Foundation for the Support of Circus Edison Film Culture Cinema re-launched the venue as the Kino Agrafka (“Safety Pin”) with the French film “Le Premier Cri”, directed by Gilles de Maistre.

The auditorium was equipped with a new screen, air conditioning and Dolby SR 5.1 surround sound. It offers a varied programme of adventurous, international films. There are late-night screenings, special seasons and a film club.