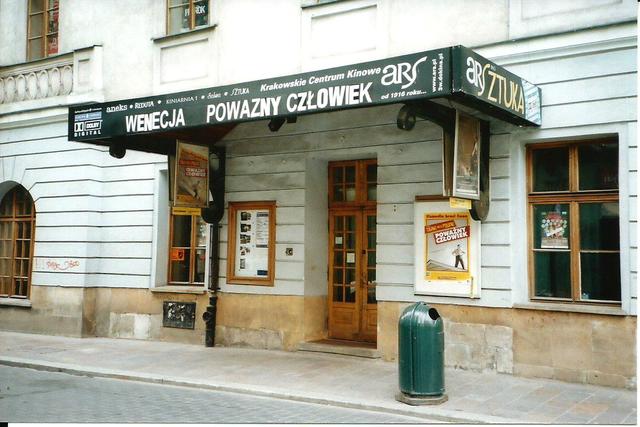 In Krakow, Poland, a cinema has operated in this former town house since around 1916. The first screen was called Kino Sztuka, which means “art” in Polish. The cinema closed in 1980, but it was re-opened 18th August 1995 by film-loving entrepreneur Andrzej Kucharczyk, who considered that one of the city’s oldest cinemas was a deserving case.

In 2011 a further auditorium, the Cabinet, with 32 seats, was created in the office previously used by Andrzej Kucharczyk.

At some stage, the Kino Sztuka auditorium appears to have closed. This might have happened when some redesigning saw the entrance move around the corner, from sw. Jana 6.