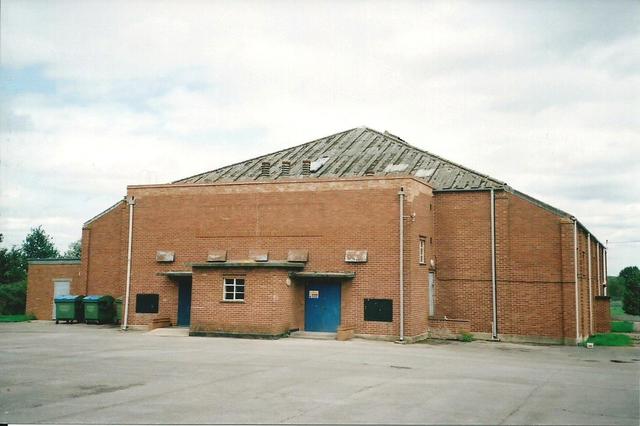 The enormous army site at Bicester, in Oxfordshire, had three cinemas.

The Garrison Theatre was situated on the part of the site that is now adjacent to the village of Ambrosden, on the southern outskirts of Bicester.

It had no balcony, just a single floor. It was equipped for showing films as well as stage shows, and was also used for dances, having a flat parquet floor.

The stage, with flying facilities and dressing rooms, is still in place, but has now been extended over the orchestra pit. The projection room portholes are blocked up but still visible.

The theatre is still used for presentations and occasional concerts.