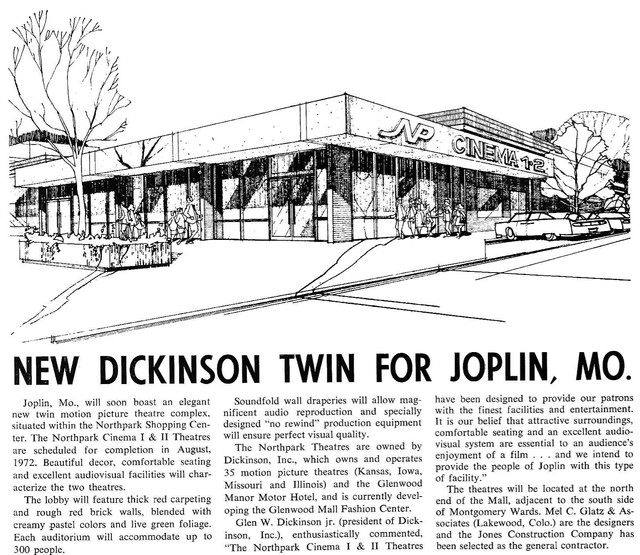 Dickinson Theatres opened the Northpark Cinemas I & II on August 9, 1972, with “Fiddler on the Roof” and “The War Between Men and Women".

Designed by Mel C. Glatz, the 600-seat theater was equipped with an automated no-rewind Rotomatic projection system and the latest transistorized sound. system.

The theater closed in late-1998 when Hollywood Theatres was preparing to open the Northpark 14 on December 18.