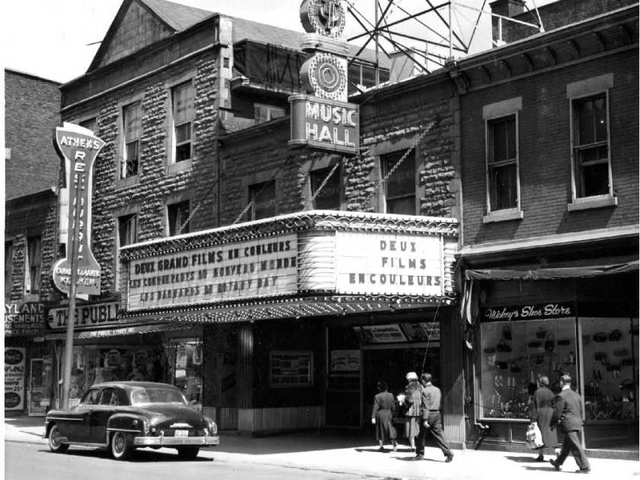 Opened August 12, 1912 as the Gayety Theatre showing vaudeville until 1930. In that year [1930] it become a cinema under the name of Arts Theatre. 1932, changed the name to Mayfair Theatre for 8 years. In 1941 went back to the Gayety Theatre name and revives presenting burlesque. Closed in 1953. By 1955 it had reopened as Radio City Music Hall.

Reopened in 1972 with the name “Theatre du Nouveau Monde”. Still open. Designed by architects Ross and McFarlane in 1912, owned by the Canadian Amusement Co.

Radio City Music Hall seems to have been at this address in 1955.

Also known as Comédie Canadienne in the early 1970’s.