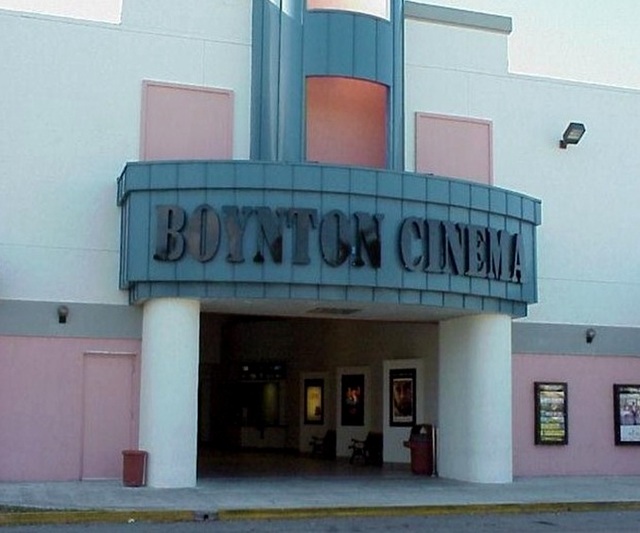 As Boynton Beach’s fifth movie house, this was originally opened as the independent RLR Boynton Cinema on September 3, 1999. Always popular with retirees and other moviegoers, this theatre has provided a basic no-frills but pleasant movie going experience and it filled a niche for bargain matinees and was an alternative to the Cobb 8 and UA 9 during their heyday. By 2019 it was operated by Phoenix Theatres Entertainment 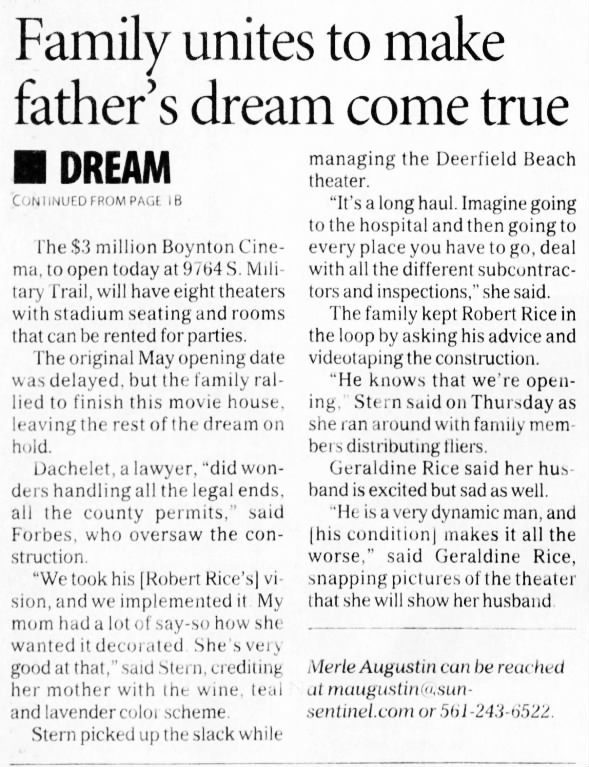