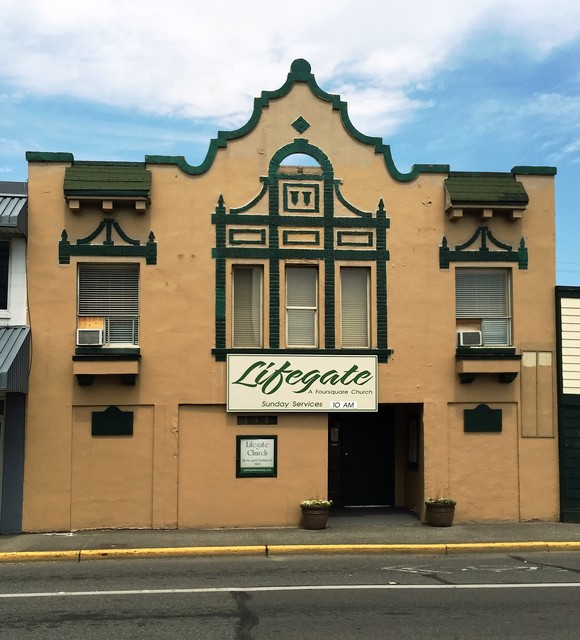 Opened in 1924 as the Washington Theatre, the building has been used for various commercial and private purposes throughout the century. In 1948 the interior was converted back to theatre format and renamed the Avon Theatre. It lasted as a cinema up until sometime in the late-1950’s. It has been the home of the Lifegate Church since 1986.