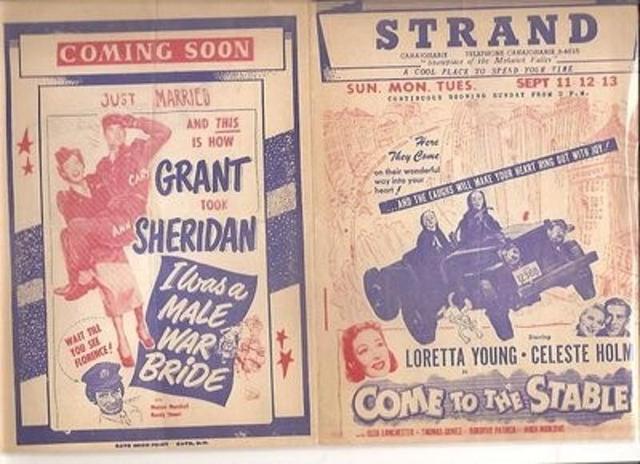 A promotion by Gino’s Pizzaria featured cupcakes in the form of popcorn buckets “…baked in honor of the old Strand theater formerly located across the street….” according to an article in the local Courier-Standard-Enterprise of December 19, 2013. Gino’s is at 49 Church Street, but is on the corner of Main Street so I don’t know which of the two streets the theater was across.

An appendix in Our Movie Houses: A History of Film & Cinematic Innovation in Central New York, by Norman O. Keim, lists the Strand at Canajoharie as having been part of the Kallet chain from 1931 to 1955.