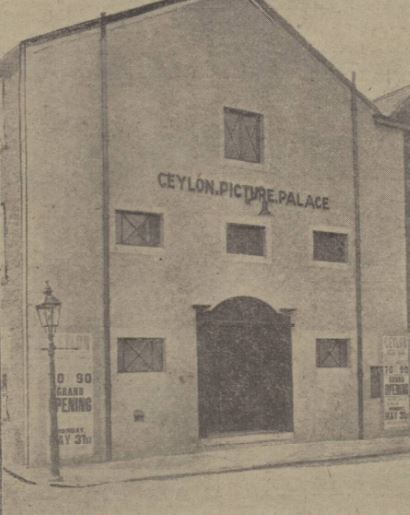 Located in the Wardleworth district to the northeast of Rochdale, Lancashire, on the corner of Littlewood Street and Back Bradshaw Street backing onto Yorkshire Street which is a main road. The Ceylon Picture Hall was a conversion of a warehouse building, and opened around December 1914. Seats were located in stalls and circle levels. It has a snooker hall upstairs.

The Ceylon Cinema was closed on 9th June 1956 with Yvonne De Carlo in “Flame of the Islands”. It remained empty and unused for several years until it was demolished when the whole area was redeveloped. The Ceylon Service Station now operates on the site.