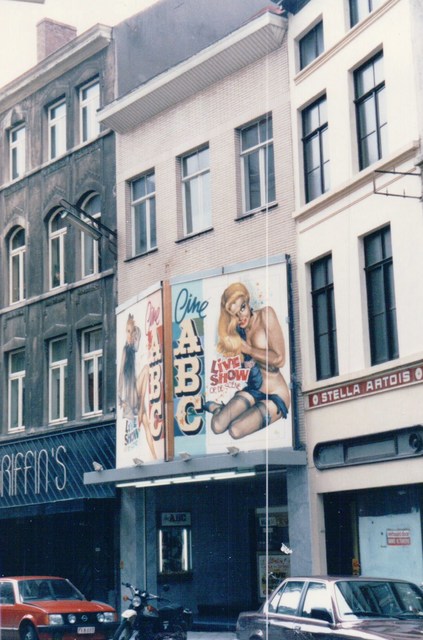 The Cine ABC is located in a back street close to the Casino Kursaal Ostend. It was opened as an adult cinema in the summer of 1985. Operated by the ABC chain, who also operated sex cinemas in Luik, Brussels, Antwerp and Ghent, it featured live shows as part of the film programme.