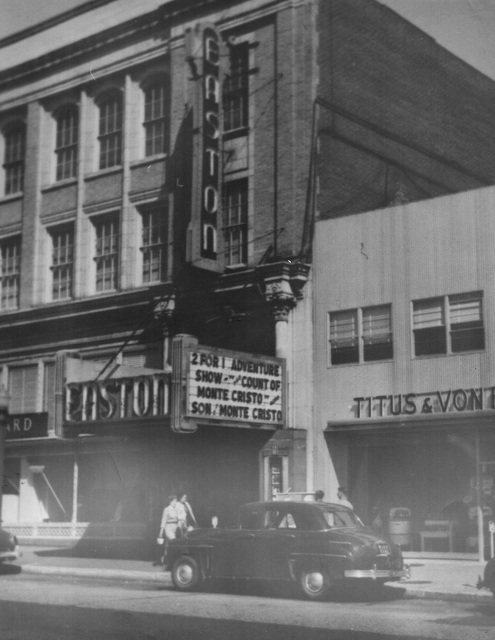 By 1933 it had been renamed Transit Theatre, still with 900 seats. Around 1939 it was renamed Easton Theatre, and it was still open in 1950 & 1951 when the address was given as 48 S. 3rd Street and it was operated by Liggett-Florin Booking Service.

The August 16, 1913, issue of Exhibitors' Times mentioned the new Third Street Theatre in Easton. The article praised the theater and its operation in general, with only the caveat that the auditorium was “…somewhat too wide for a motion picture theater….” The auditorium had been built behind an existing building on Third Street and the new lobby cut through the old structure. The project had been designed by a local architect, but the article failed to give his name.

Location is currently a parking lot, no sign of a theatre at all. Next time we visit the area for dinner I’ll have a look around for anything that might remain. The Salvage store next door to the parking lot had a funny back storage area, might be something around there.