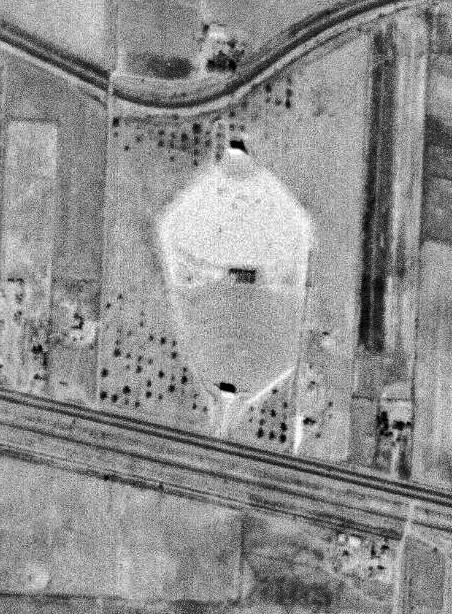 By April 1951, while owned by Weisenburg Theatres, it became the Twin Sheppard Drive-In, bringing capacity to 620 cars. The drive-in, which was black topped, had the land to add 200 more spaces as soon as government regulations permitted.

In September of 1954 the screens were expanded to present CinemaScope movies, the first being “Prince Valiant", staring Robert Wagner. Weisenburg Theatres other locations were in Amarillo, Arlington, Borger and Dallas.

In 1958 the drive-in started to be open only from Friday through Sunday with mixed programming. In 1960 they sometimes showed triple and quadruple features, and exploitation films such as “Skid Row Girls". At one time they advertised a special late show at 12 midnight ‘For Broad minded Adults’. The Twin Sheppard Drive-In was out of the local listing after November 17, 1960, still leaving four open drive-in’s in town.

If it did close at the end of 1960, it would make this one of the oldest relics of a drive-in that still exists in some fashion.

Most former drive-ins have their land used for other purposes (housing for example) or in a few cases plowed over.

The oldest remains of a dead drive-in I’ve found so far is in Ardmore, OK. The Starlite drive-in closed in 1954 and the ramps are still visible.

Boxoffice, April 21, 1951: “The Sheppard Drive-In, formerly the Open-Air Drive-In, has opened after complete remodeling. It is west of the city on the Iowa Park road. Charles W. Weisenburg is owner. A mural of a B-36 is on the front and there is a new marquee. There are new ramps, RCA equipment, new wiring, lights on every speaker post and curb lights. There are spaces for 400 cars, doubled capacity over last year.”

This reopened as the Sheppard Drive-In on March 16th, 1951. Another ad posted.