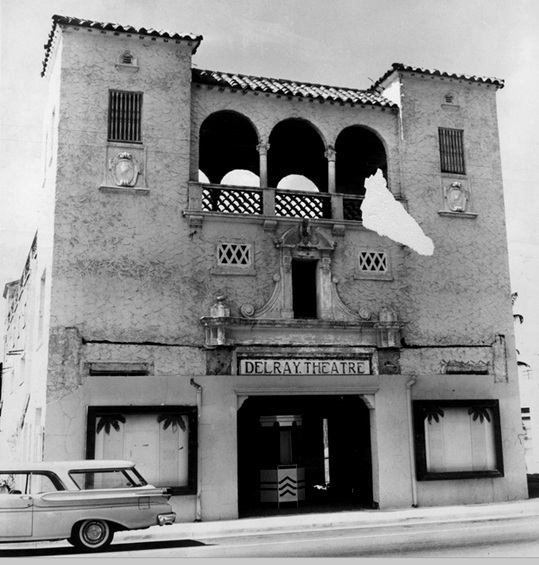 The Delray Theater opened on Christmas Day 1923, constructed by the prominent Hall family of Delray Beach and located on 5th Avenue, near Atlantic Avenue. It was designed in Spanish Colonial style and featured a dance floor on the roof and was the first theater in Delray Beach to be air-conditioned. The Hall family owned the theater until 1938. The Delray Theater operated until 1959 and was razed two years later.