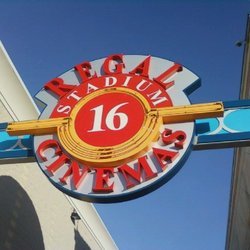 The four screen added in 1995 were added on the second level of the mall near the food court. These screens were fairly small.
In 2006/2007 there was a substantial construction and remodel. The four screen addition was closed and a new wing was constructed that would house nine screen. the original 8 screens were decreased to seven screen and remodeled with stadium seating. The new nine screens were constructed with stadium seating. The original construction is now screens 1 – 7 and the new addition is screens 8 – 16. All theaters are now digital.