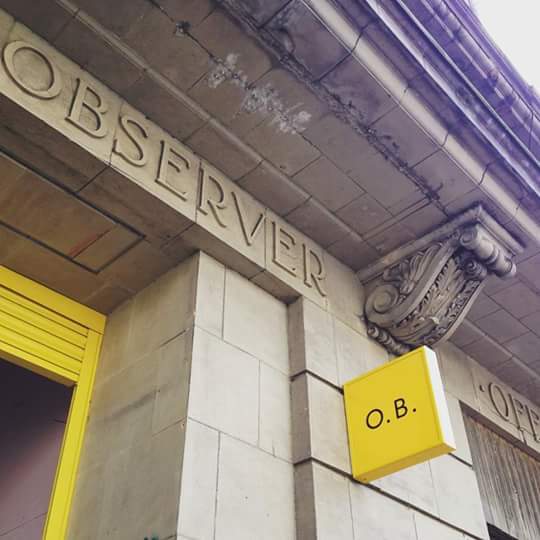 Built in 1924 as a printing press and offices for F.J. Parsons, then the owners of the Hastings & St Leonards Observer newspaper, this impressive building covers an area of 41,000 sq ft over seven floors and basement.

It was designed by Hastings architect Harry Ward but was abandoned in 1985 and remained derelict for 30 years. The building is of architectural interest, particarly the facade.

The Flint Group have put in a planning application to Hastings Borough Council, for a multi purpose leisure and entertainment venue, with a halls of residence for students.

Among the plans is a full time art house cinema in the basement, a gym at mezzanine level, restaurant and cafe on the ground floor and a roof top garden and cafe with a viewing platform. Other floors will have art galleries, bars and a theatre.

In the meantime temporary use was granted for a pop up cinema, studio theatre, cocktail bars, cafe and art galleries among the attractions. These are allowed to continue for up to two years while the Flint Organisation put their plans into practice.

The Observer Cinema opened on August 29, 2015, with what was advertised as a secret showing. No one knew the opening film until it hit the screen. Classic, cult, foreign language, family and art house films have become the fare, usually for one off screenings. The cinema has 33 seats.

Several times a month an awful film is screened for an admission of £5, during which the patrons are encouraged to talk, sing, make phone calls, moan loudly about the film and generally make as much noise as they possibly can. These screenings have become hugely popular.

Used for arts events, i.e. Coastal Currents programme during the summer when the vaults were opened up and People and Places exhibition this September. No cinema screenings to my knowledge.