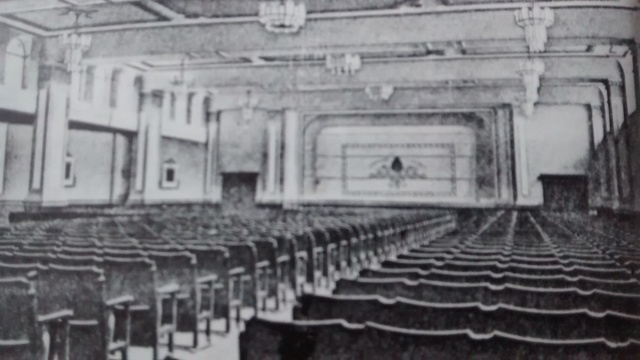 The Aquarium Winter Garden was housed within the Brighton Aquarium and presented its first film in 1901 when Horace Banks presented shots of the Boer War. Natural history and general interest films were the type of programming in offer.

In 1914 the Winter Garden Concert Hall became the Aquarium Kinema and there were a number a slight name changes until the the Brighton Aquarium itself was remodelled between 1927 and 1929.

The cinema part was totally redesigned and reopened as the 520 seat Princes Hall Cinema. David Edwards, the Borough Surveyor, is recognised as the architect of the redesigned Aquarium, including the cinema.

From 1930, films, concerts and theatre went hand in hand at the Princes Hall Cinema until it closed in 1939.

It was requisitioned by the RAF during World War II. After the war it reopened as an Aquarium but without a cinema and has since been home to Brighton Dolphinarium. It is now a Sea life Centre.

It can be found on the roundabout by Brighton Pier, Madiera Drive, Marine Parade and the Old Stein meet.