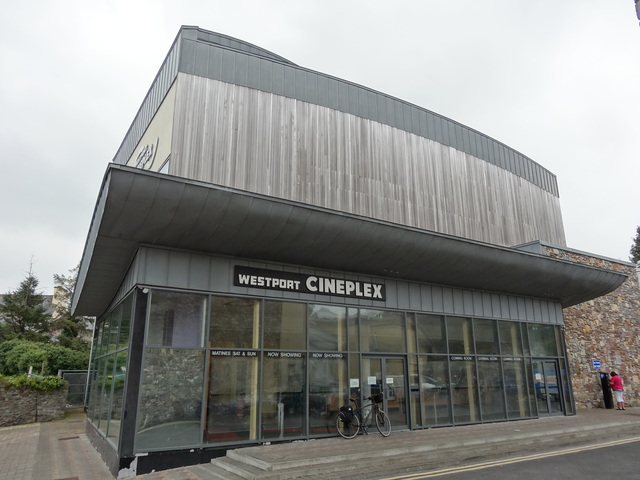 Located in Westport, County Mayo. The Cineplex was opened in June 2004 and closed October 2013. It was re-opened in March 2017 as the W Cinema.

The building has reopened as the W Cinema. This is believed to have been in March 2017 according to press reports but the cinema didn’t bother responding to enquiries. The previous venture, the Cineplex, was operated by the Hoban family. Public screenings ended September 2013 with the Westport Film Club screening its last film, Summer in February, on 2 October 2013. It closed for digitisation but did not reopen at the time.