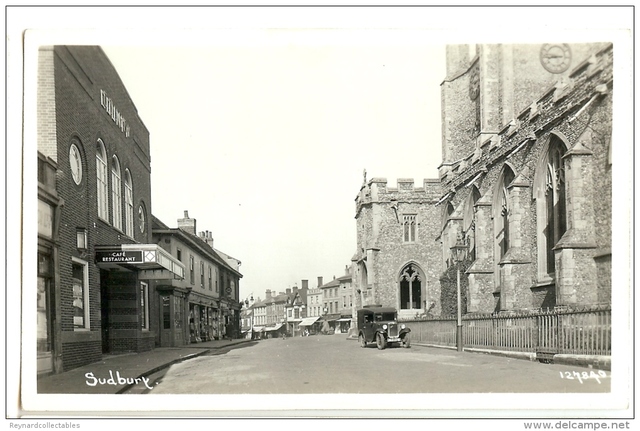 Located on Market Hill and King Street in Sudbury, Suffolk. The County Cinema was opened around 1934. It was equipped with a Western Electric(WE) sound system, and had a café restaurant attached. By 1944 it was operated by Lou Morris. It was closed in 1963. It was demolished about 1970 and a supermarket built on the site. In 2016 it was occupied by Winch & Blatch.

The site was previously occupied by the old Rose and Crown before it burned down in the great fire on 1st January 1922.