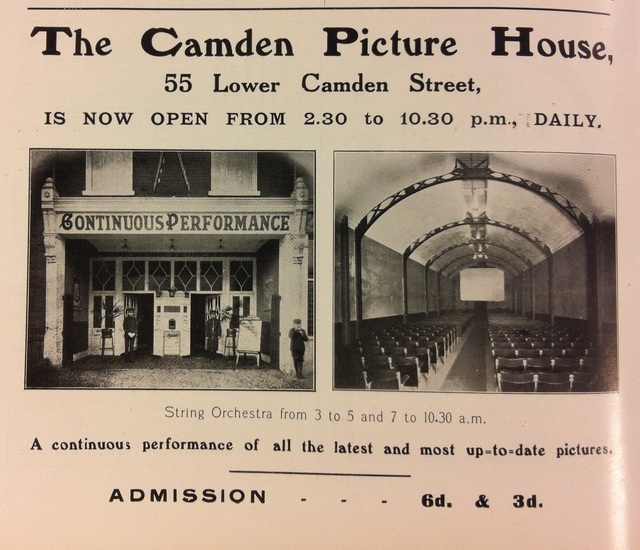 Located in the south city centre. The Camden Picture House opened on 25th October 1912 with “Dante’s Inferno”. It was a conversion of a former drapers' shop to the plans of architect Rudolf Maximilian Butler. Its 400 seat auditorium was heated by a solid-fuel stove at the back of the auditorium. The screen was at the front of the building, so patrons enter via doors on each side of it.

It was taken over by Odeon(Ireland) Ltd., and they closed the Camden Cinema on 28th August 1948 with “The Macomber Affair”. It was demolished in the 1960’s and the site is occupied by a 1970’s office block housing the headquarters of Concern.