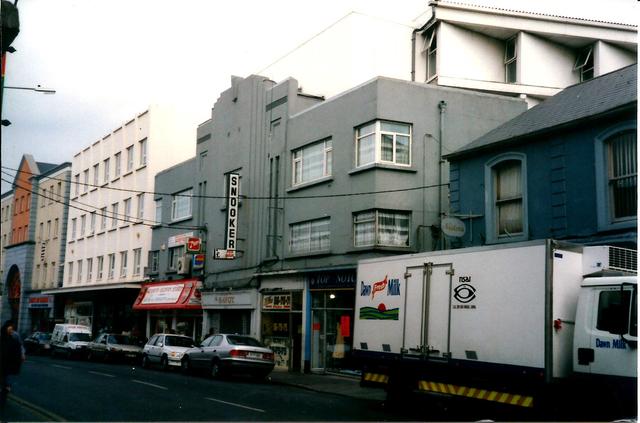 Located in Galway, County Galway. The Corrib Cinema was opened on 24th December 1934 with a concert by John McCormack. It first film to be screen was “Flying Down to Rio” starring Fred Astaire and Ginger Rodgers. It was equipped with a RCA sound system. It was soon re-named Savoy Cinema.

The Savoy Cinema was closed in 1976. It has been converted into the Savoy Hostel.