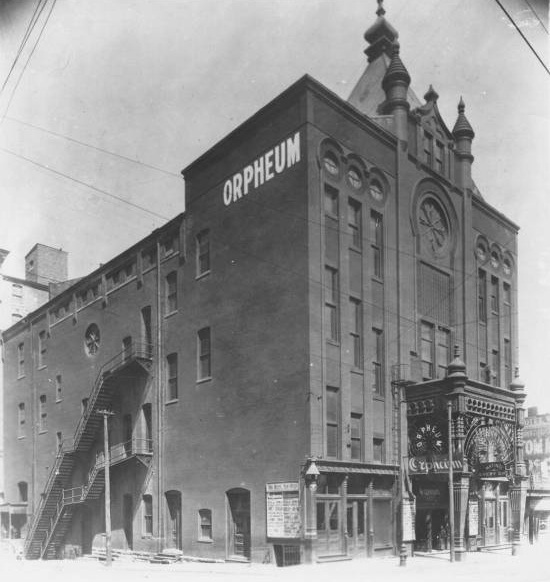 The Orpheum idea was born in the 1890’s. Two vaudeville houses on the Pacific coast had succeeded in presenting a higher type of entertainment than was to be had in burlesque and variety house. Kansas City was chosen the third city for such a theatre on what became the Orpheum Circuit.

The first season ended with a deficit of $20,000. But Lehman had faith, and another season was scheduled. By 1904, according to a Journal-Post story, “The Orpheum Theatre is now generally known as a gold mine and expects to break all records this year”.

The ‘Old’ Orpheum Theatre, stood empty and neglected and badly vandalized before it was razed in 1922 by its owners, the H.D. Clark estate.