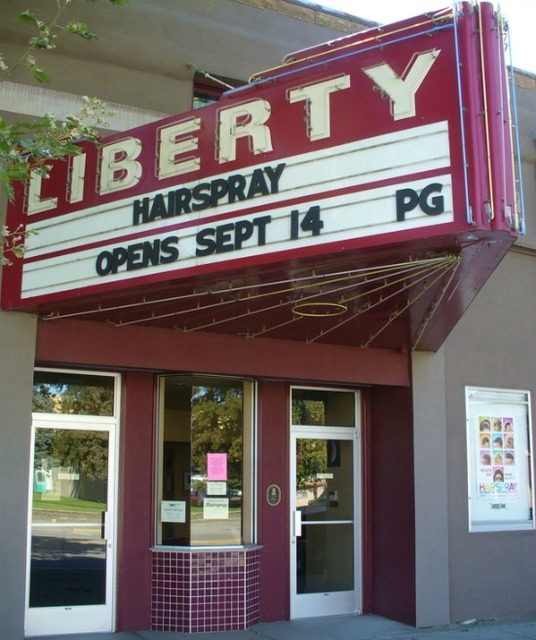 There has been a theatre at this location since 1910. The present Liberty Theater was designed to the plans of architect Charles B. Lambert and reopened in 1921 after being closed because of a 1919 fire and served the city of Dayton until its closure in the early-1970’s. Through the efforts of the Touchet Valley Arts Council (TVAC), which began its restoration in 1994, the Liberty opened again in 2001.

Today the fare in the 147-seat theatre, with a 46-seat balcony and a state-of-the-art projection and JBL sound system, includes a combination of live performances and first-run and art films. Each month the work of a local artist is featured in the lobby.

The Dayton Downtown Historic District, which includes the Liberty Theater, was put on The National Register of Historic Places in 1999.

The Liberty Theatre in Dayton was remodeled in 1938 with plans by architect Bjarne H. Moe.

The March 18, 1921 issue of Pacific Builder and Engineer said that Walla Walla architect Charles B. Lambert had prepared plans for Brining’s theater at Dayton. The theater project was most likely promoted by John Brining, one of Dayton’s leading citizens of the period.