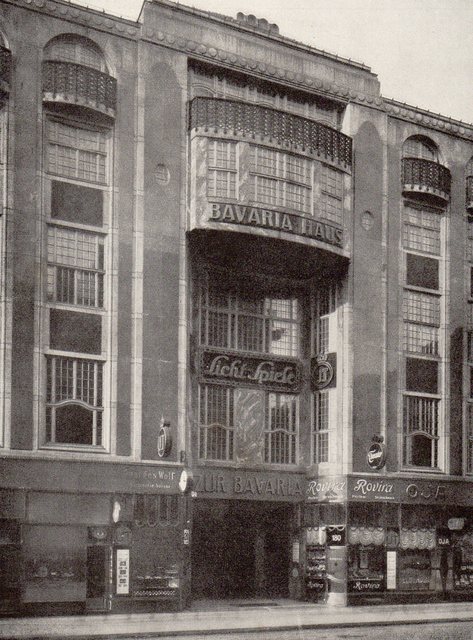 Located in the east of the city centre at Friedrichstrasse 180 which housed its entrance and foyer, and Taubenstrasse 11 where the auditorium was placed. The U.T. Friedrichstrasse Lichtspiele was opened in 1913. It was designed by architect Ernst Moritz Lesser and had seating in orchestra and balcony levels. It later was re-named Union-Theatre im Bavaria Haus and was equipped with a British made Christie 2 Manual organ which was opened by organist George Tootell.

In 1921 it was taken over by the Ufa chain and re-named Ufa-Theater Friedrichstrasse. It was closed in 1943 when it was destroyed by Allied bombs. Today a building housing retail and office space stands on the site.