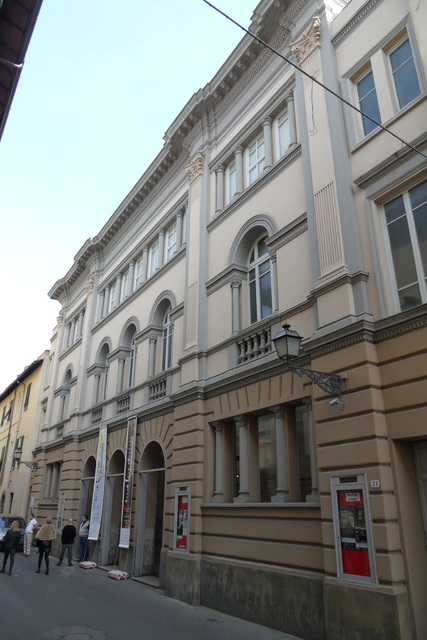 The historic walled city of Lucca is in the Tuscany region of northern Italy.

Located within the medieval centre, the Cinema Moderno opened in 1924, and was fully equipped for cine/variety. Nowadays, it has facilities for meetings, conferences and the like and is one of the venues for the annual Lucca Film Festival.

The Cinema Moderno is a large cinema, with a total nominal capacity of just over 1,000 seats in stalls and circle. However, the 400-seat circle is not now used, leaving just the 606 seats in the stalls.

Together with the Cinema Centrale and the Cinema Astra, also in the walled centre, the Cinema Moderno is operated by Lucca Cinema.