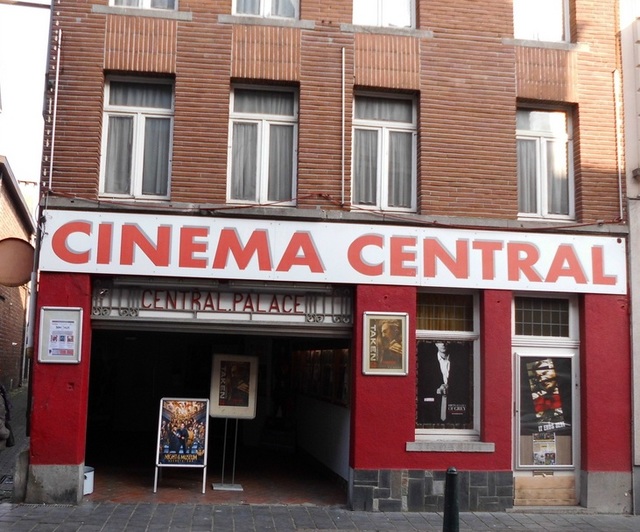 This last remnant of a local cinema was opened in 1919, and the large theatre could seat 500. In the 1980’s it was split up into 2 theatres, upstairs with 79 seats, downstairs 95 seats. As with all local cinema’s films only came after a few months, when copies were available.

In 2010 the Kinepolis group switched to digital projection, and the other big chains had to follow suit. This changed the buisines so rapidly that beginning 2012 no more analog copies were obtainable (a problem that the theatres in the French speaking part of Belgium didn’t have, for they got their copies from France, a much bigger market). So Cinema Central had to close it’s doors in March 2012. Thanks to a subsidised scheme in October 2012 a first digital projecter could be installed, and movies could be shown first run, with an increase of vistors and much needed funds for a second projector a few months later! Visitor numbers have doubled since 2012.