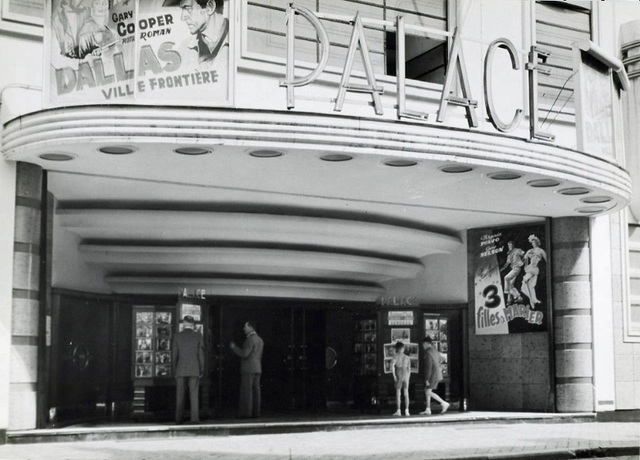 This was a large theatre with 2 balconies that operated from 1908. It was remodelled in an Art Deco style to the plans of architect J. Selis and re-opened on 28th June 1935 with Shirley Temple in “Now and Forever” and Maurice Chevalier in “Folies Bergere”. It was closed on 20th February 1964 with Audrey Hepburn in “Charade”, and was demolished soon after to build an apartment block named Residentie Palace.