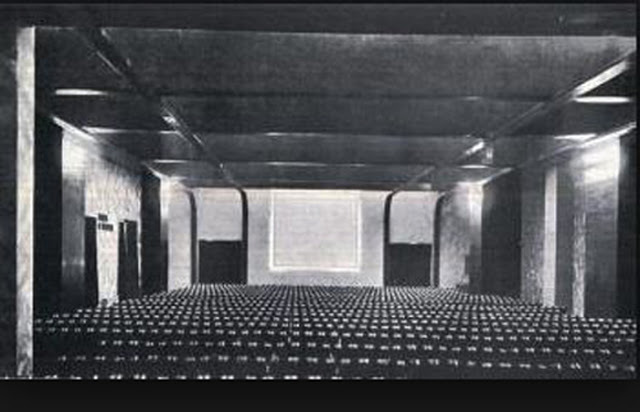 Located on the Gran Via at the corner with Calle Tudescos, opposite the Cine Capitol. On 22nd December 1932 the Cine Actualidades opened as a newsreel cinema in the building located at Gran Via 48. The cinema was designed by architect Saturnino Ulargui Moreno. The building was constructed in the year 1931 under the supervision of architect Manuel Munoz Casayus as an eight stories hotel (Hotel New York) with ample space on the ground floor where a year later the cinema was installed. It was the smallest cinema in the City of Madrid at the time with only 308 seats, all on a single floor. The building and cinema was demolished in the 1960’s. A 150 unit apartment building with a C&A store now stands on the site.

NOTE: The actual Gran Via in Madrid suffered different name changes through the years, in 1930 was Calle Eduardo Dato, later Calle Jose Antonio and finally Gran Via.