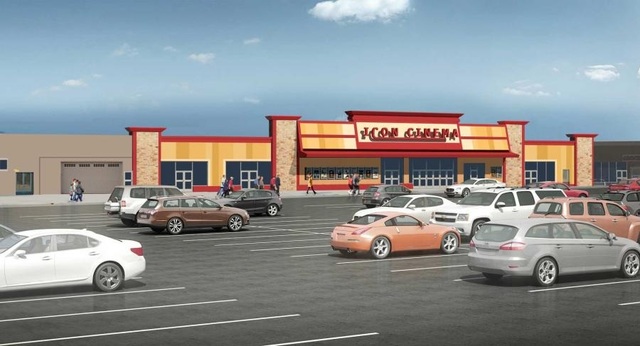 Icon Cinemas opened their third location and first in Texas on November 6, 2015, inside a gutted former K-Mart store. The largest auditorium, with a 66-foot screen, seats 235 while the other auditoriums seat 170 each.

The local news noted that since the cinema, owned independently by Samson Snell, is more than five miles from the Cinemark it is allowed to play the same first-run films at the same time.

The theater offers free refills on drinks and popcorn.