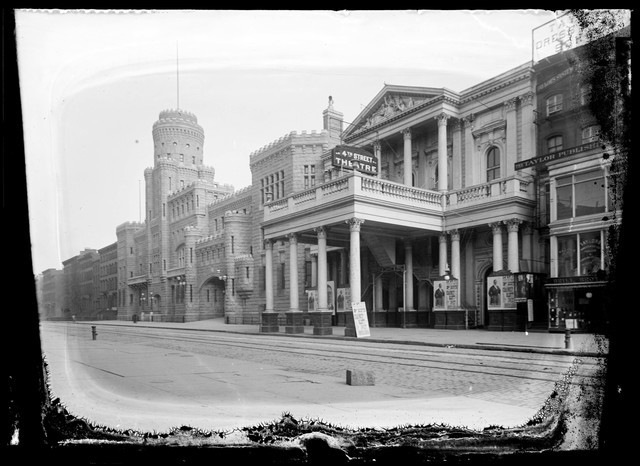 This theatre should not be confused with the New 14th Street Theatre aka Metropolitan Theatre which was located on E. 14th Street.

Movies were shown at the 14th Street Theatre from around the 1910’s until the early-1920’s. By 1926 the name of the theatre was changed again to the Civic Repertory Theatre. The theatre building was demolished around 1939.