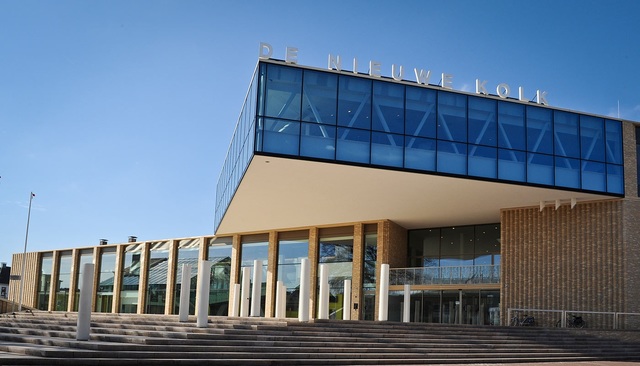 De Nieuwe Kolk is a cultural center in Assen, situated at the head of the canal. The center is housed in a modern building, which was opened in 2012 by Princess Margriet (daughter of the former Queen Juliana). The building houses a theater and cinema under the same name, as well as a library and a center for visual arts. Along with the Drents Museum and the Drenthe Archive Nieuwe Kolk is the cultural quarter also named “the cultural axis (as) of Assen”. The cinema has five rooms. The largest has 258 seats the smallest 79. The theater has two rooms. The large room (Grote Zaal) has 850 seats. The Rabo Room has 222 seats which are on an extendable stand.