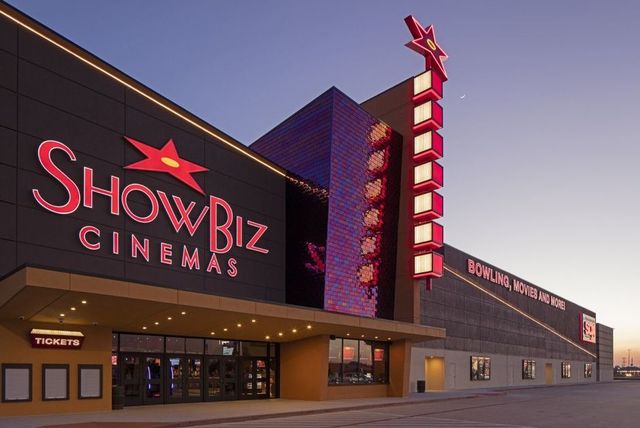 The Tyler Morning Telegraph noted that Kevin Mitchell, who established ShowBiz Cinemas in 2007, learned the business while working for his father, who owned Cinemark. Their executive team is lead by former veterans of Cinemark, Rave Motion Pictures, the Movie Tavern, Sony Pictures Entertainment and Wal-Mart.

Although the buildings are similar in design, the photo above shows the Baytown 10 in Baytown, Texas.