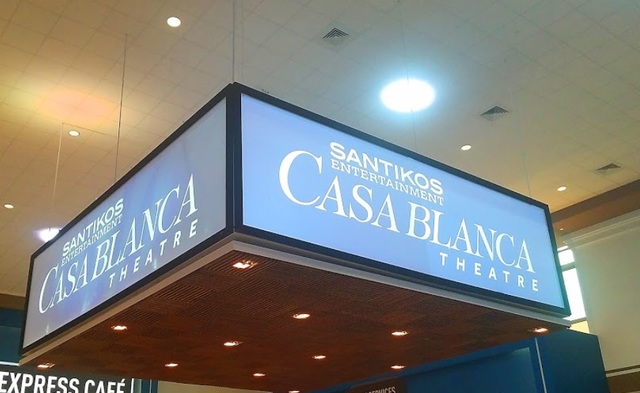 The $13 million Santikos Casa Blanca opened June 9, 2016. According to the San Antonio Express-News, the theater design is based on the concept of the late John Santikos. After Mr. Santikos passing in December 2014 TK architects was brought in to complete his plans.

The Express-News reported all 16 screens have 100 percent laser digital projectors (Barco) and two of the screens, said to be the largest in Texas, are 90-foot by 43-foot. The theaters are equipped with a Dolby Atmos Sound System.

Santikos’ history goes back to 1911 when John Santikos father, Louis, bought the Rex Theatre in Waco and then in 1918, the Rialto Theatre in San Antonio. According to mySA, the beginning of Santikos Theatres post-war empire began in 1950 when the Olmos Theatre was opened in San Antonio. John sold the chain to Act III theatres in 1987 but bought it back from Regal Cinemas in 2001. The chain, now owned by a charitable foundation, has 10 locations.